This game is a dramatic game of political intrigue and betrayal set in 1930's Germany. Players are secretly divided into two teams - liberals and fascists. Known only to each other, the fascists coordinate to sow distrust and install their cold-blooded leader, Hitler. The liberals must find and stop the him before it’s too late.

Each round, players elect a President and a Chancellor who will work together to enact a law from a random deck. If the government passes a fascist law, players must try to figure out if they were betrayed or simply unlucky. Secret Hitler also features government powers that come into play as fascism advances. The fascists will use those powers to create chaos unless liberals can pull the nation back from the brink of war.

Rules of the game:

The rules of the game are simple. At the beginning of the game, each player draws a card that represents fascism or liberalism. And this card is only for players to know. Then, everyone closes their eyes first, and then a designated host asks the fascist to open them first. And Hitler has to show his identity. Then everyone opened their eyes - at this point only the fascists knew who their accomplices were, but the liberals didn't. This is probably a bitch. Freedom is always blind...

Next, let one player start the first inning. In this game, the player will be the first "presidential candidate" and he will have a "president" sign on the table. Then he will appoint another player to be a "judge candidate". At this point, all players must decide whether or not to let this group be elected according to their own judgment. If elected, there will be the next step; otherwise, the next player will be the candidate and repeat the action.

When eventually a group of presidents and justices were elected, the next thing the president had to do was to draw three cards from a stack of cards representing "Fascist Benefits" and "Liberal Benefits". The president himself knows what each of the three cards is, and then he has to discard one and hand over the remaining two to the Lord Chancellor. The chief justice will choose one of these two cards as the final bill.

The fun of the game starts here: the liberal president may draw three cards that are fascist and the justices may only get two. When they have a choice, they can certainly pass the bill for their camp. But if he had no choice at all, he might have been mistaken for another camp by liberals. (fascist knew who he was from the beginning)

There are three ways to win the game:

3. When the fascists passed the third bill, if it was Hitler who served as Justice, the game ended immediately. I wonder if everyone is already unconscious when they write here. No, there are more interesting settings behind:

Whenever a fascist bill is passed, there is a special thing to do:

When the second bill is passed, the president can check the identity of any player.

When the third bill is passed, the president can directly nominate the next presidential candidate.

Fourth and fifth bills passed, each time the president had to execute a person.

So there's a good chance that the president will kill himself, or that fascists will kill anyone in the opposing camp. The poor liberals are being slaughtered and do not know how to die.

Get a general idea of what the most important spirit of the game is? Trust, suspicion, intrigue, unity, or disruption of unity. Because liberals don't know who their friends are or who their enemies are in the process, they can only judge by every bill; but the bill can't be 100% decided by liberals, as I said earlier, if he draws two of them are fascists, then he's a real talker.

On the other hand, fascists should try to mislead as much as possible, tempt liberals to make wrong decisions, and even try to get them to fight back and kill themselves.

Package include: 3 pieces of hard board, 42 pieces of bronze cards, 17 pieces of grey board, 2 pieces of fast wood, 1 piece of round wood, 1 manual, 10 Kraft envelopes

Recommended Age: 18 and above

Number of Players: 5 to 10 recommended 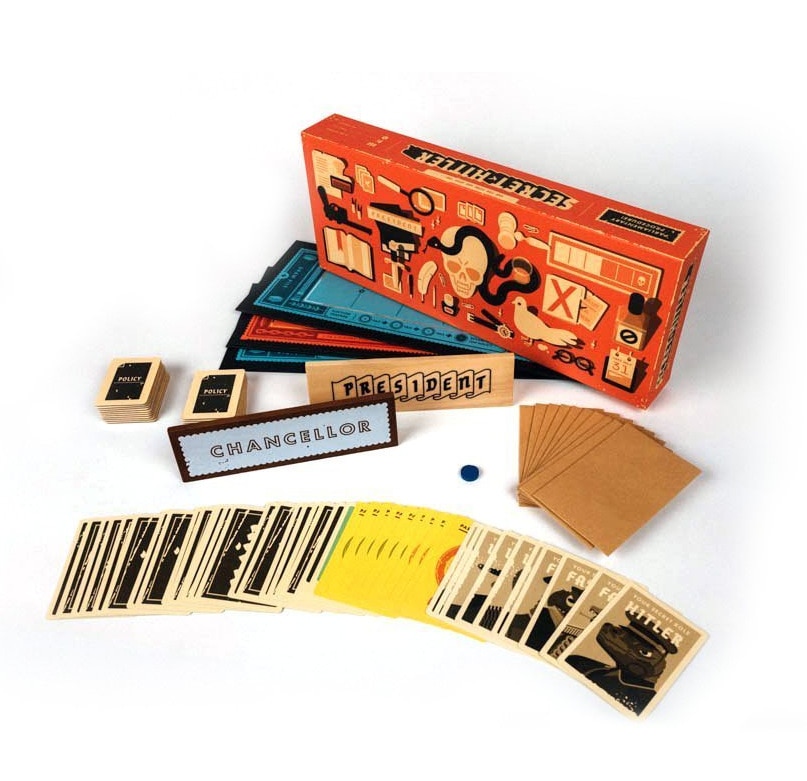 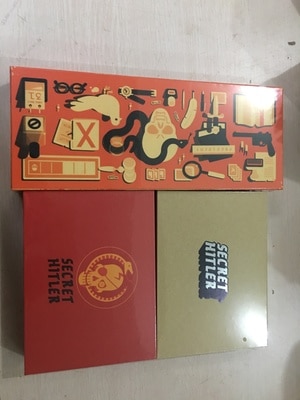 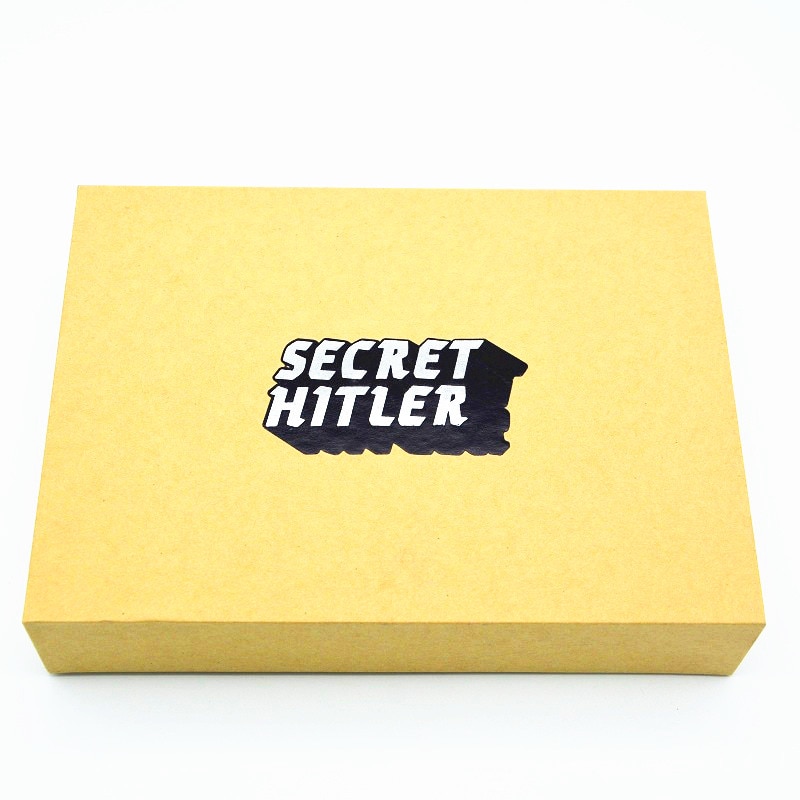 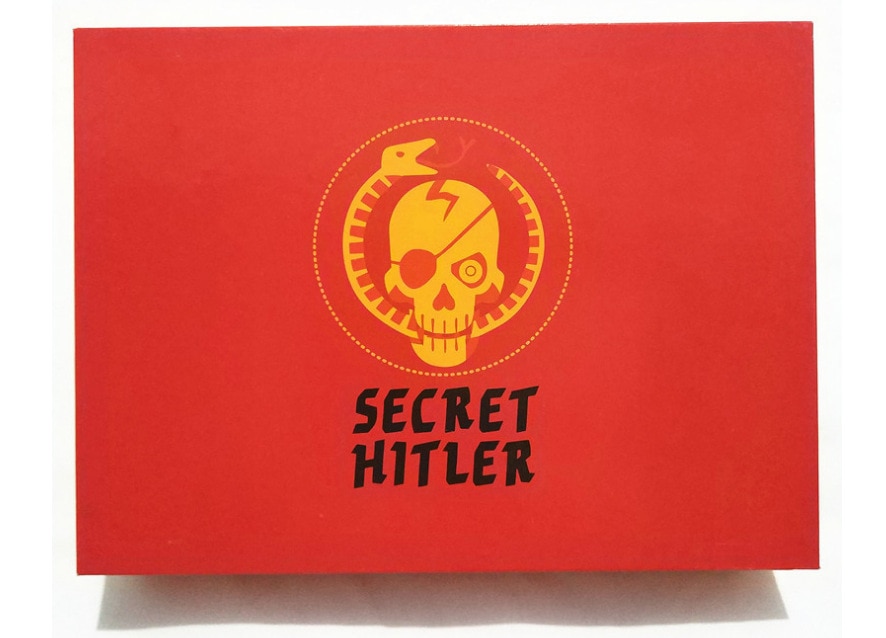 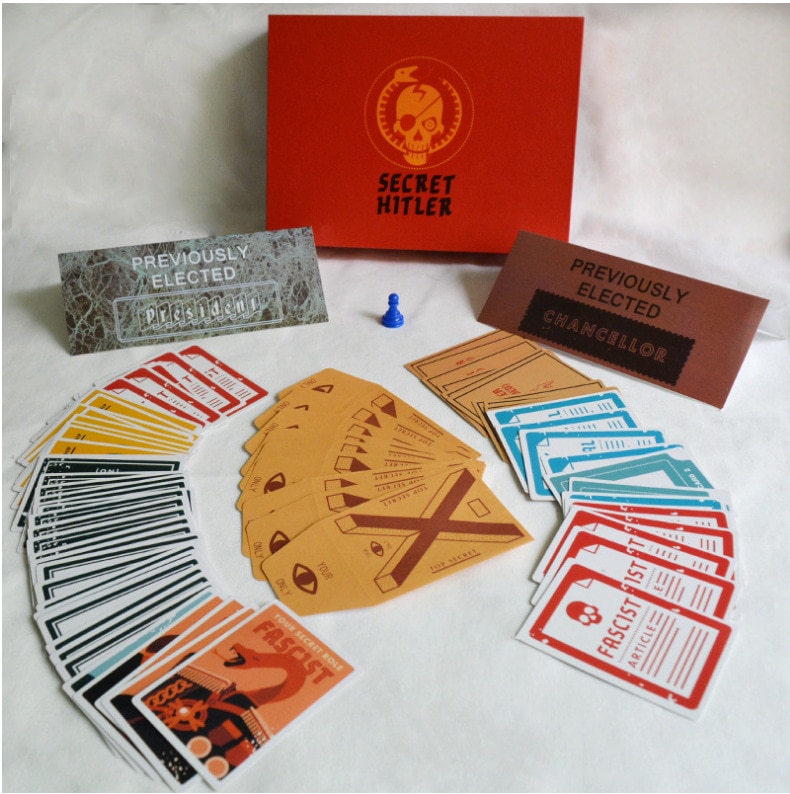 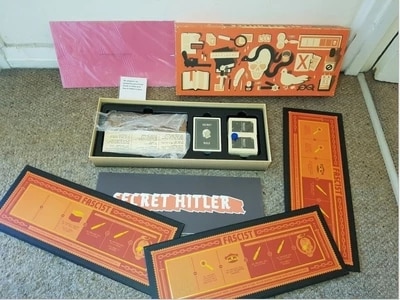 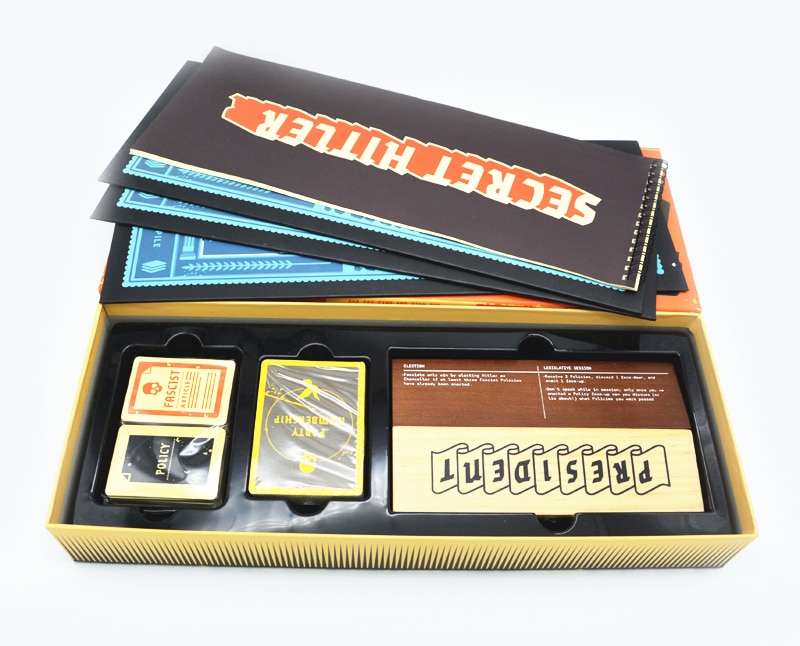 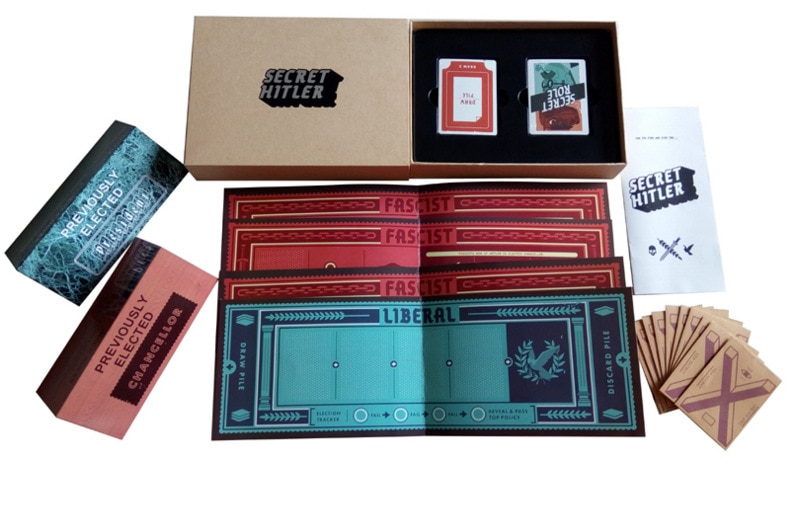 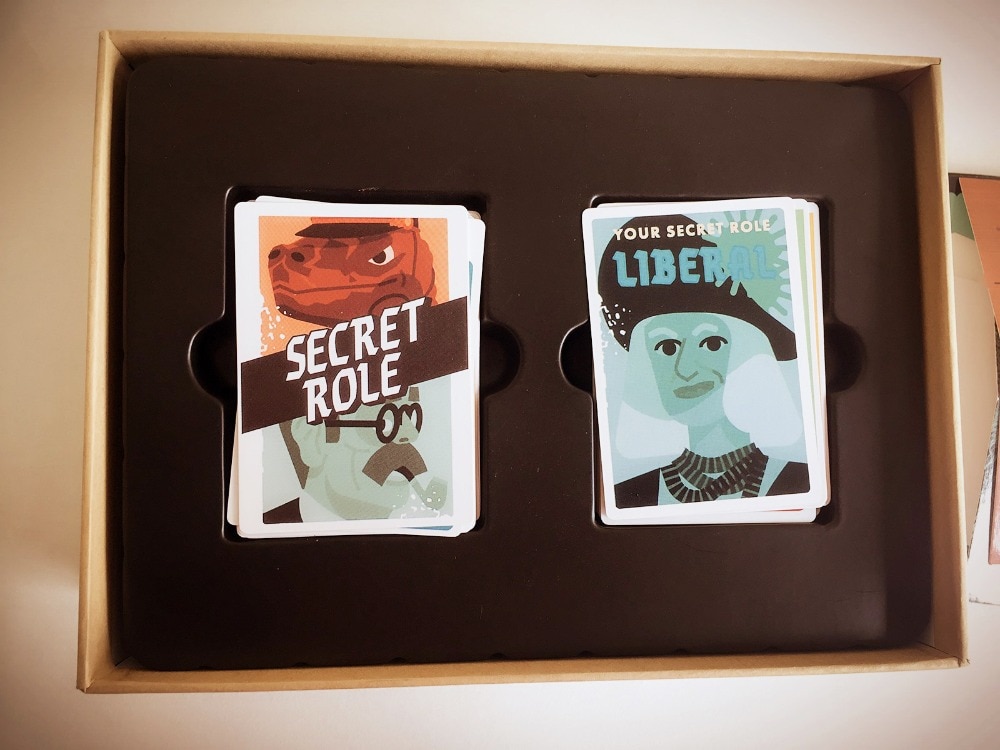 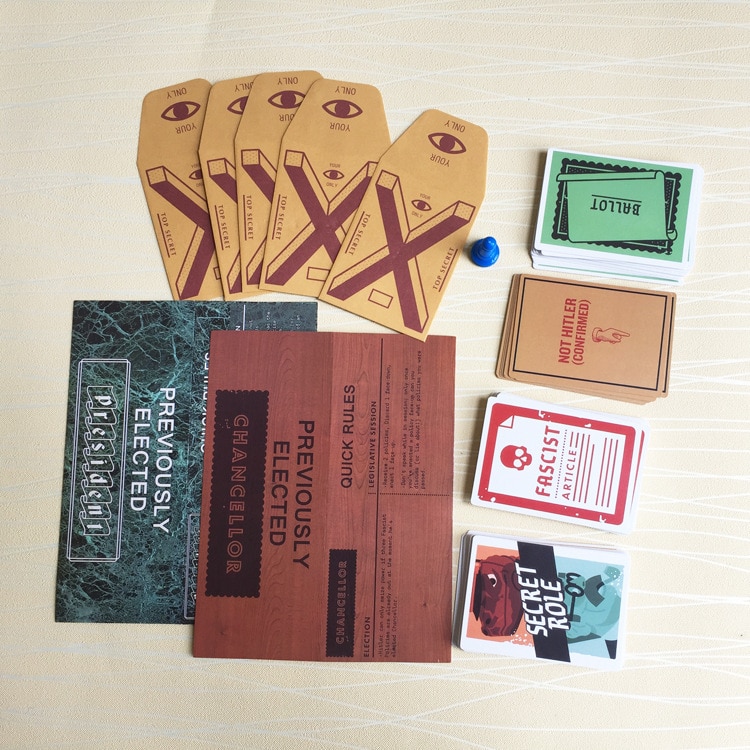 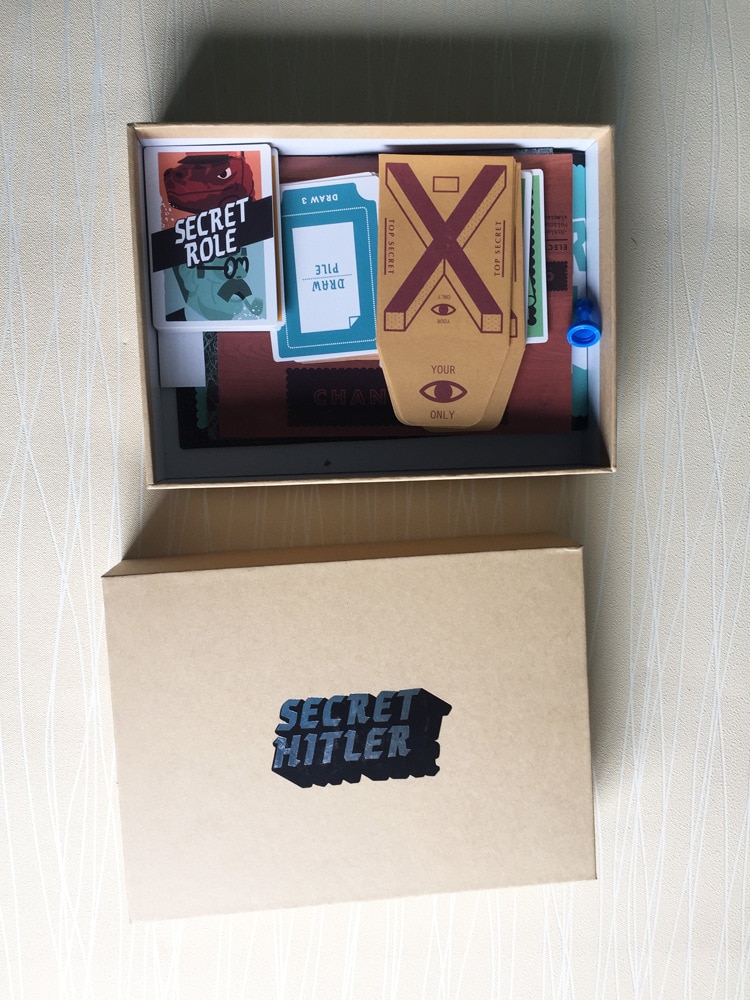 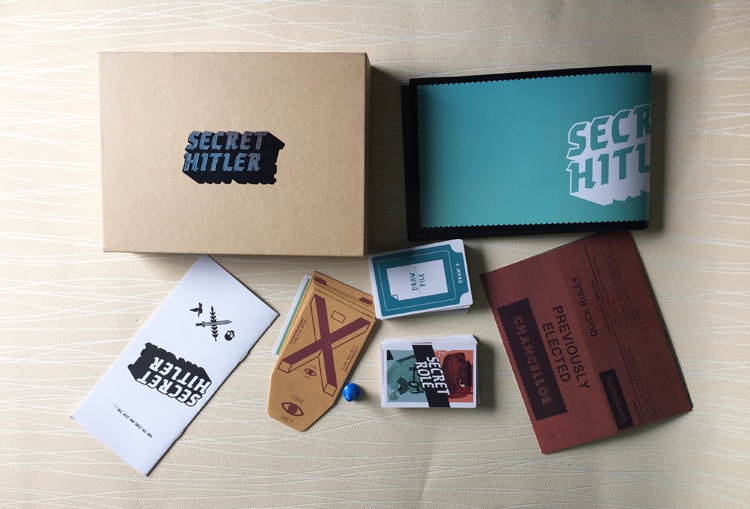 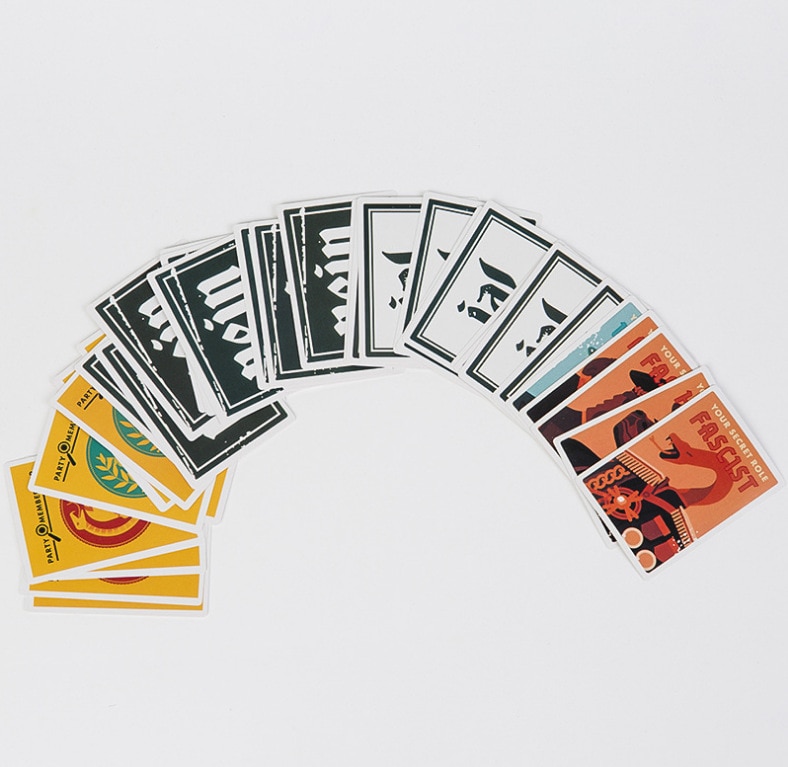 Many people have said this is one of the most addictive party game ever!

Will you miss this fun with your family or friends in the next festive season?

You may be surprised to know your family or friends' character better from this!!

Sharon L.
Real fun and great game ever seen! At first I'm still in doubt of how this game ever play out. It is a blast with my friends as we keep playing over and over again throughout the night. It certainly tests one's skills of deduction and more.. definitely worth it and will recommend to my friends too!
Stone K.
An awesomely amazing game! Love it! Somehow I get to know my friends better now.. haha
Troy E.
Highly recommended! It's a very good ice-breaker game. The cards quality are fantastic!
Share Share on Facebook Tweet Tweet on Twitter Pin it Pin on Pinterest
Loading...